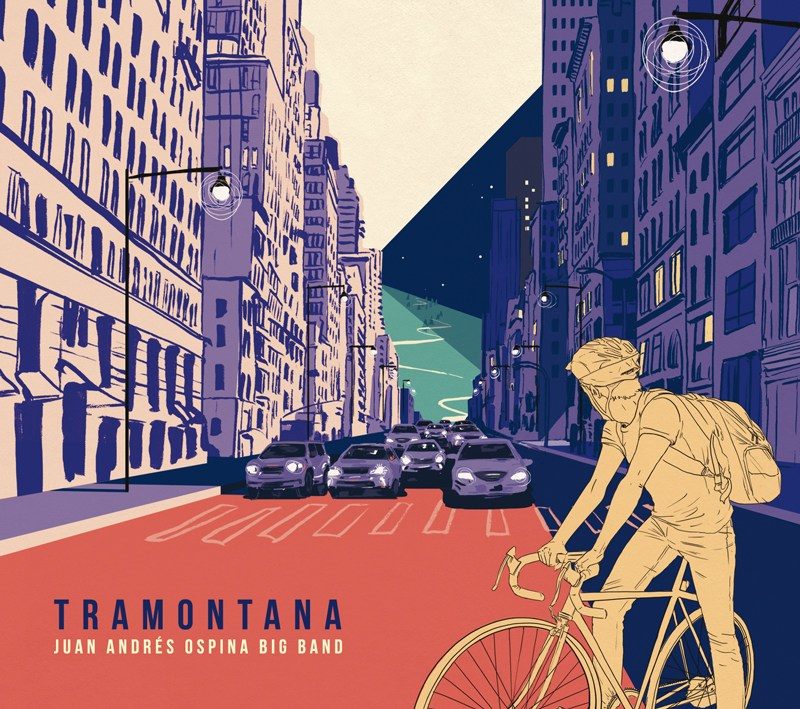 “Tramontana”, Juan Andrés Ospina Big Band’s debut album, will be released in April 20 2018. The album was recorded between 7 and 9 of January 2017 at the iconic Sear Sound Studios (New York) with 26 incredible musicians from 10 different countries, and among them is the 14-times Grammy awarded saxophonist Paquito D’Rivera. The album, produced by myself, features 6 arrangements I wrote for big band (four of which are also original compositions of mine). It was co-produced by my friend and Greek producer Magda Giannikou, and it also features my brother Nicolás Ospina, Colombian singer Lucia Pulido and Portuguese singer Sofia Ribeiro. It was mixed and mastered by Grammy awarded engineer Jeremy Loucas, and all the videos coming with its release were filmed and edited by another Grammy awarded artist, director and filmmaker Andy LaViolette. Here are a couple of videos from the Kickstarter campaign through which we funded the album’s production, and some great pictures taken at the recording session taken by Stella K.

A big project to which we have all worked very hard and much love, and which I am really happy to share with you very soon. I will keep you posted with all the news regarding the album’s release! Thanks for listening and watching 🙂