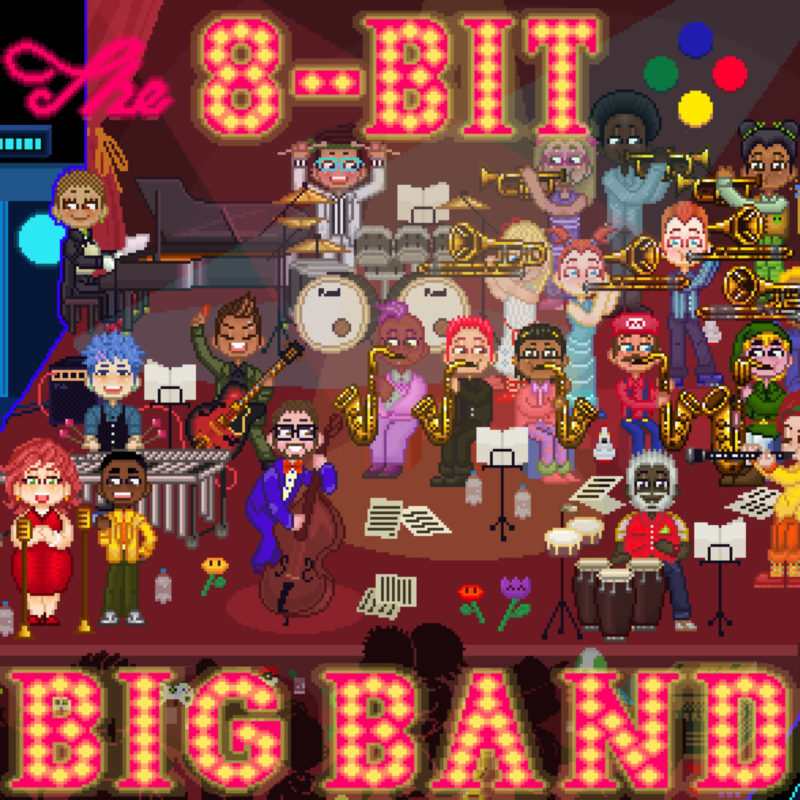 All Arrangements by Charlie Rosen

The 8-Bit Big Band is a 25 member Jazz/Pops orchestra that formed to celebrate and realize some of the best musical themes written from various video games from all consoles! The members of the 8-Bit Big Band come from all around the world, but most reside primarily in New York City, and are some of the most highly sought after musicians and performers, all gamers at heart who enjoy playing their favorite games of all time!

In May of 2018 the 8-Bit Big Band released it’s first album “Press Start!” which features the music of the Super Mario series, The Zelda series, Ganbare Goemon, F-Zero, and Final Fantasy. It is the result of the talents of almost 50 incredible performers and artists!