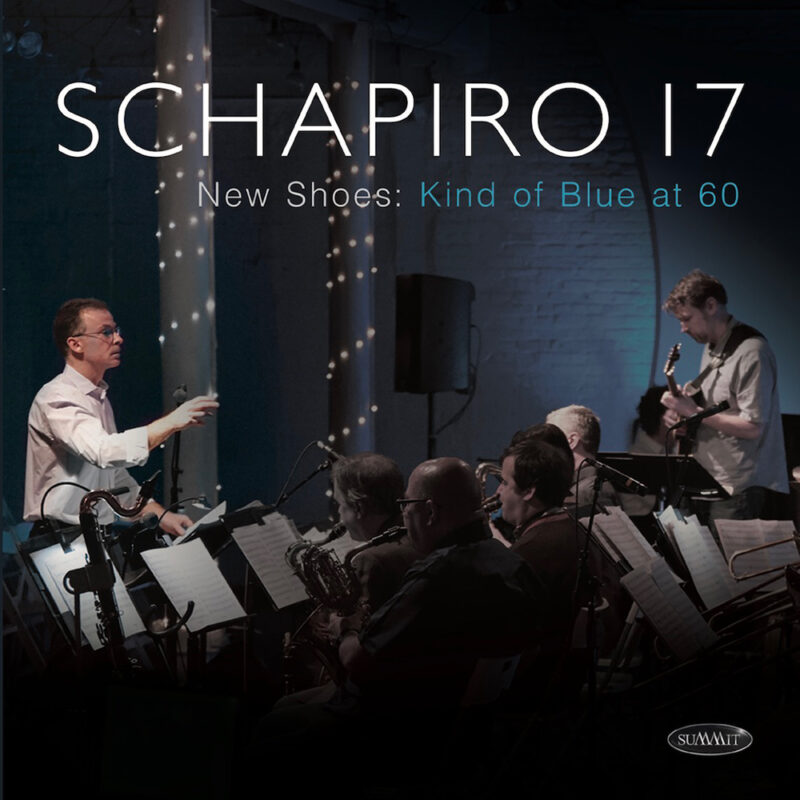 Schapiro 17 re-imagines Davis’ legendary release…turning the music into virtually new compositions using Miles’ tunes as the starting point. He does this most obviously, by translating the lean sound of the sextet that assembled in the spring of 1959 into the wide-screen colors of a jazz ensemble in the tradition of the Ellington and Basie bands of the ’40s, and of Gil Evans’ work with Miles on records like “Birth of the Cool”, “Miles Ahead”, “Porgy and Bess” and “Sketches of Spain”.

Sometimes the sound hints at the sort of orchestration you hear on Charles Mingus records like “Ah-Um”, recorded the same year as “Kind of Blue” and in the same room (the Columbia “church” studio on East 30th street). That Schapiro and many of his band members took part in the BMI workshops taught by Jim McNeely (himself influenced by the founding instructor of the workshop Bob Brookmeyer), accounts in part for the unique inheritance of this tradition of orchestrated jazz. In Schapiro’s scores this is not at all a form of antiquarianism but of pushing that style to the outer limits of invention without ever ceasing to swing.

The Miles tunes are intercut with original charts, six pieces all called “Boiled Funk.” The title is a rearrangement of the letters ‘k i n d o f b l u e’, and while the resulting music is not exactly “funky,” the anagram is a good way to think about what it means to make new things from a set of given elements.

The whole recording is in a fundamental way true to the spirit of Miles’ restless and mercurial inventiveness as he was, in addition to so many other things, a powerful and original interpreter of other people’s tunes.